After soooo much driving we pooped out and majorly slept in on the first night. We woke up energized and ready to go, ate some brunch at Millie’s (I had an Irish Benedict with corned-beef hash on it, so delicious!) and went exploring Sarah’s new area, Koreatown. It’s not as bad as it sounds, it’s actually a really cool area that looks similar to New York with tons of places to eat (delicious smelling korean bbq mostly) and a bit of nightlife. We chose to stay the night in since we were still a bit worn out from the trip and watched movies.

The next day however, we became total tourists. Sarah and I met up with my friend Zach, who just migrated to LA a couple weeks ago, and hit Hollywood Blvd to see the walk of fame and Grauman’s Chinese Theatre. It was incredibly neat getting to see all the old hands and feet of the rich and famous. After Hollywood we drove through part of Beverly Hills to the beach only to turn around and head back, stopping at In & Out along the way for Sarah’s first In & Out experience.

That evening we were feeling adventurous and decided to check out a place called R Bar located only a block away (very adventurous right?). This place is the JAM! It requires a password from twitter to get in (which I find rather interesting) and once inside it’s easy to figure out WHY it is the jam. Cool decor, cozy environment, nice people (hipsters mostly) and great drinks. It was karaoke night and even though I chose not to sing, our friend Noel did and he rocked the house.

Sarah invited a friend that she hadn’t seen in years to join us. Mind you, this guy calls himself a rapper and of course he came with an entourage that worships the ground he walks on. One of his “friends” even has a tattoo of this guy’s face on his leg. WHO THE HELL WOULD GET THEIR FRIEND’S FACE TATTOOED ON THEM??? The night may have been a bit weird but it was still awesome and so is R Bar which will definitely be visiting again.

Today we all-we-could-eat Korean BBQ. It was scrumptious! The End. 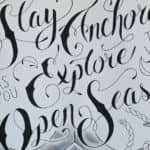 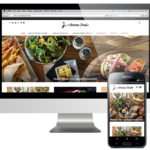 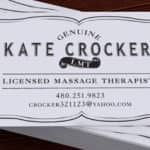 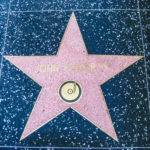 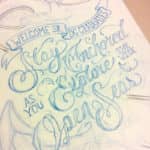 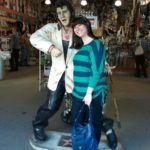 Sarah and her boyfriend 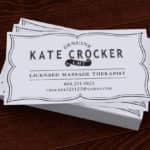 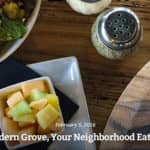